No permission to download
Overview Reviews (1) History
This track was released on EFR in October 2017.

The Inferno Pool is a 1.6 mile road course set around a nice big lake of lava. It supports a full field of 47 cars and, if you use Full Pace Lap, will trigger a standing start. Many of the lights on the track are colored, either orange, yellow, or a pale blue. Some assets by Nobiax, Squaresoft (Final Fantasy 10) and Triumph Studios (Age of Wonders).

The track has 8 turns with a decent amount of elevation changes, including an off-camber right hander in turn 3. Although this track looks like it was made just as a novelty track, it actually is meant for serious racing, as the AI will put on a show, and the simplicity of the course makes it actually very easy to learn to drive, especially for people more used to oval racing. The layout of this track is actually way different from the types of road courses I normally make, I tend to not make tracks with this many wide sweeping corners. I'm immensely proud of how this track came out.

I don't think you can launch cars into the lava pit in the middle of the track, unlike on Big Blue (another track I made recently), but that isn't really a priority of mine.

This track has been used for online league racing in a PTA-physics open setup league. The fast cars were using setups that were pulled straight from New Hampshire of all tracks. 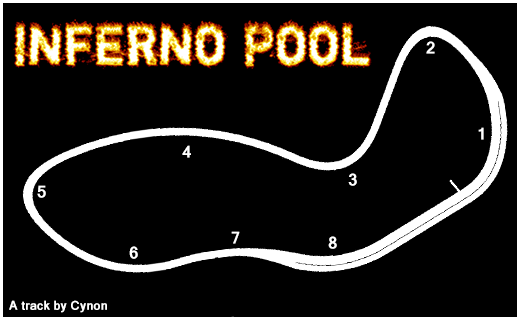 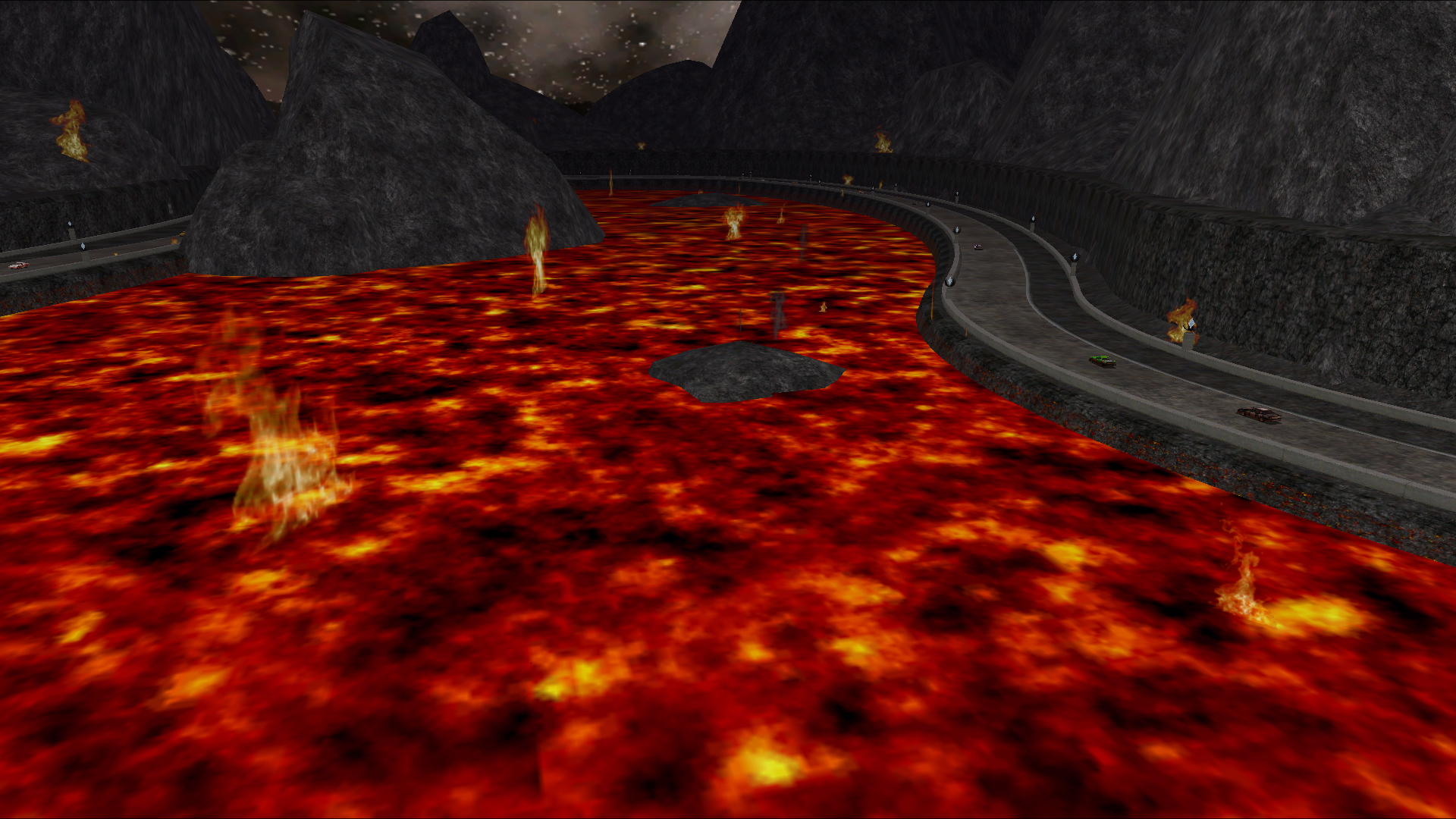 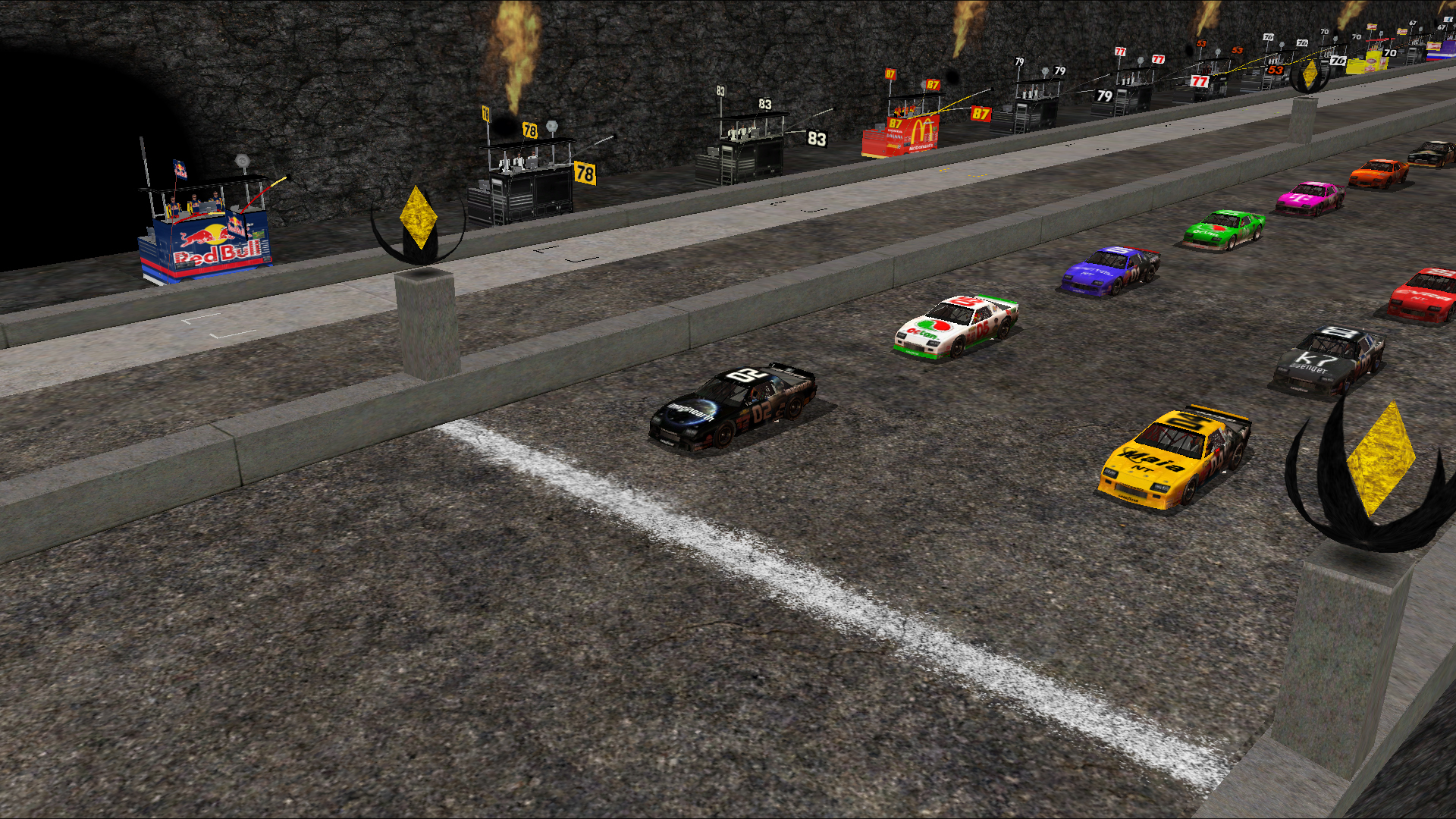 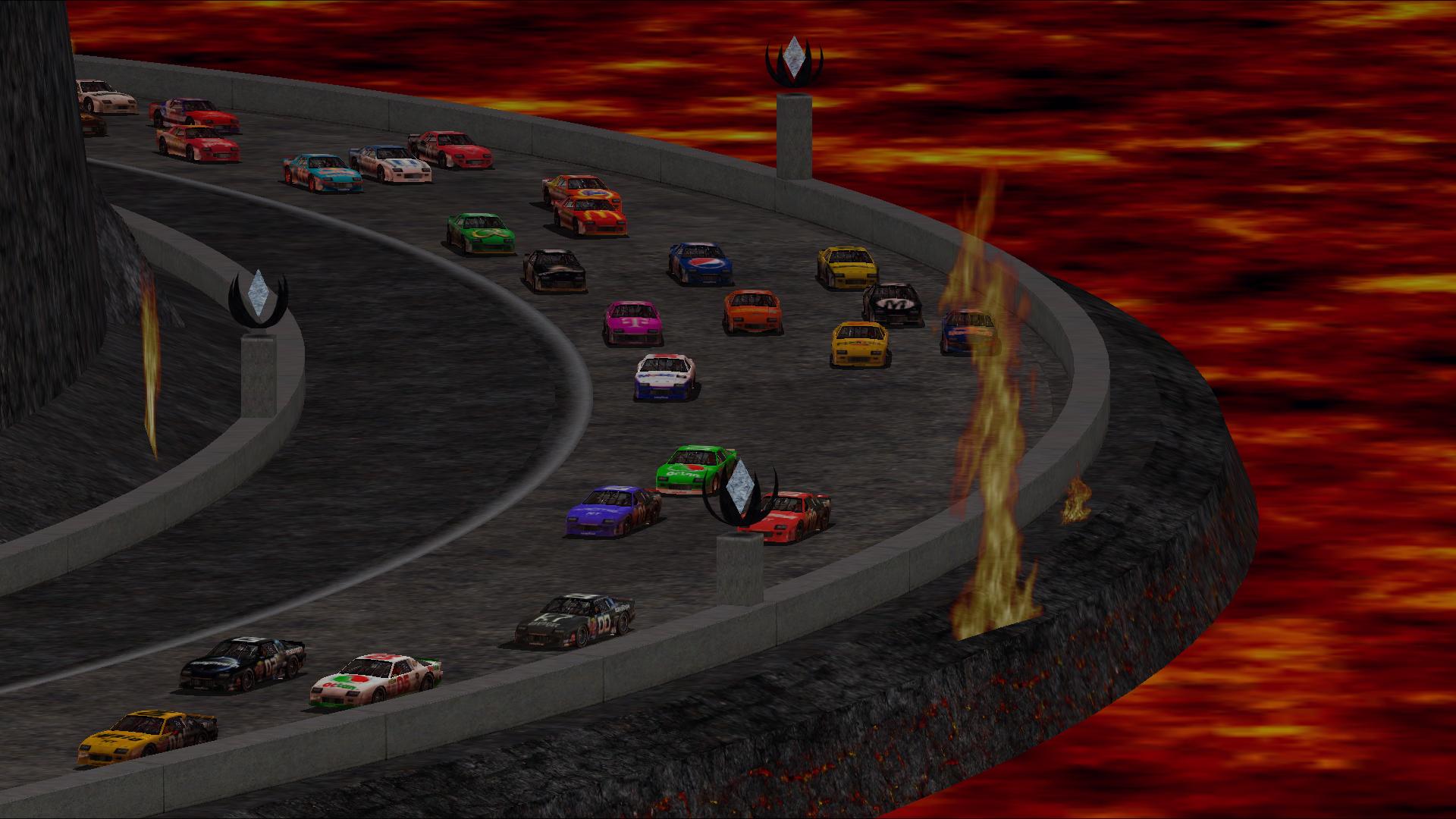 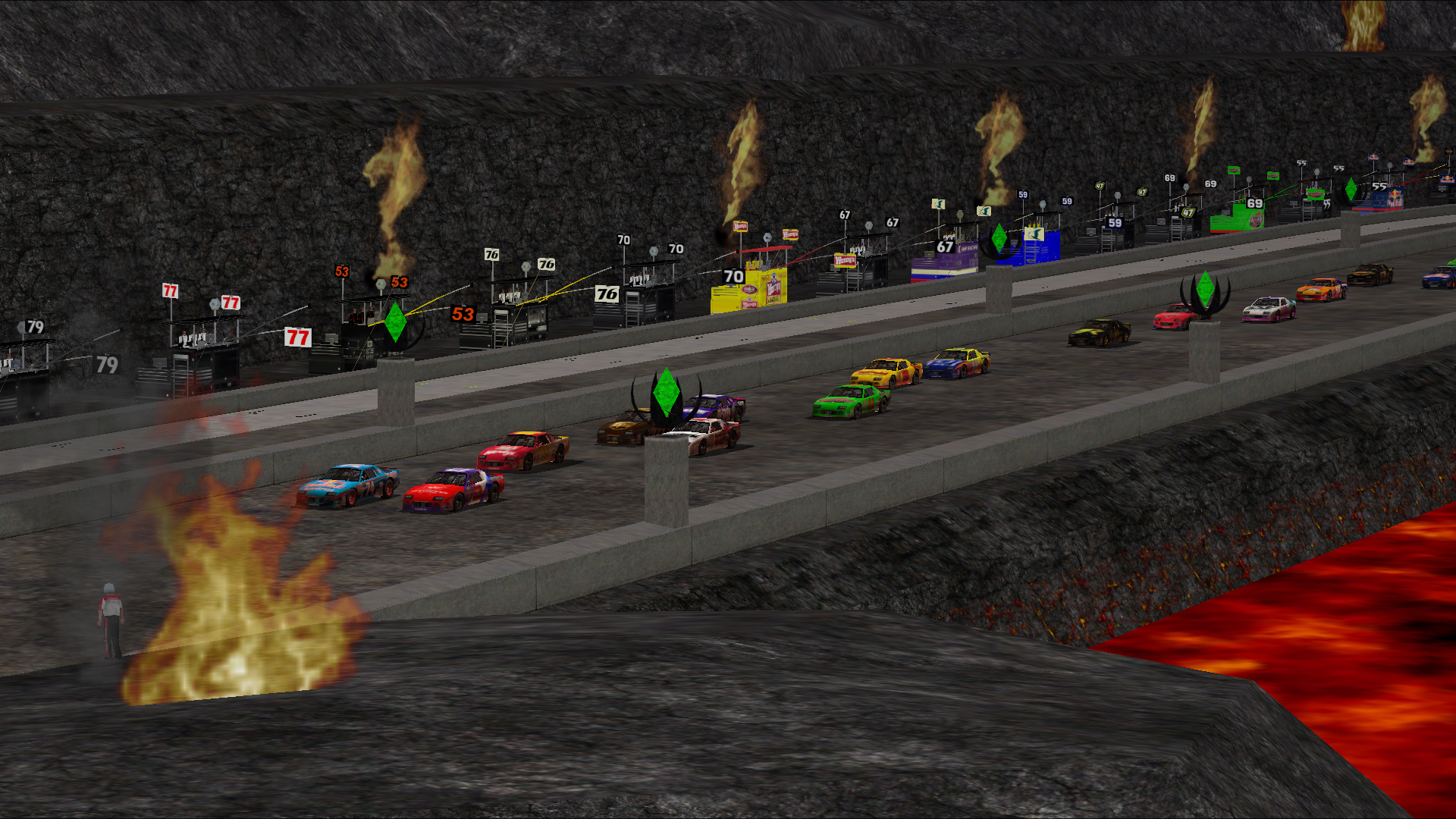 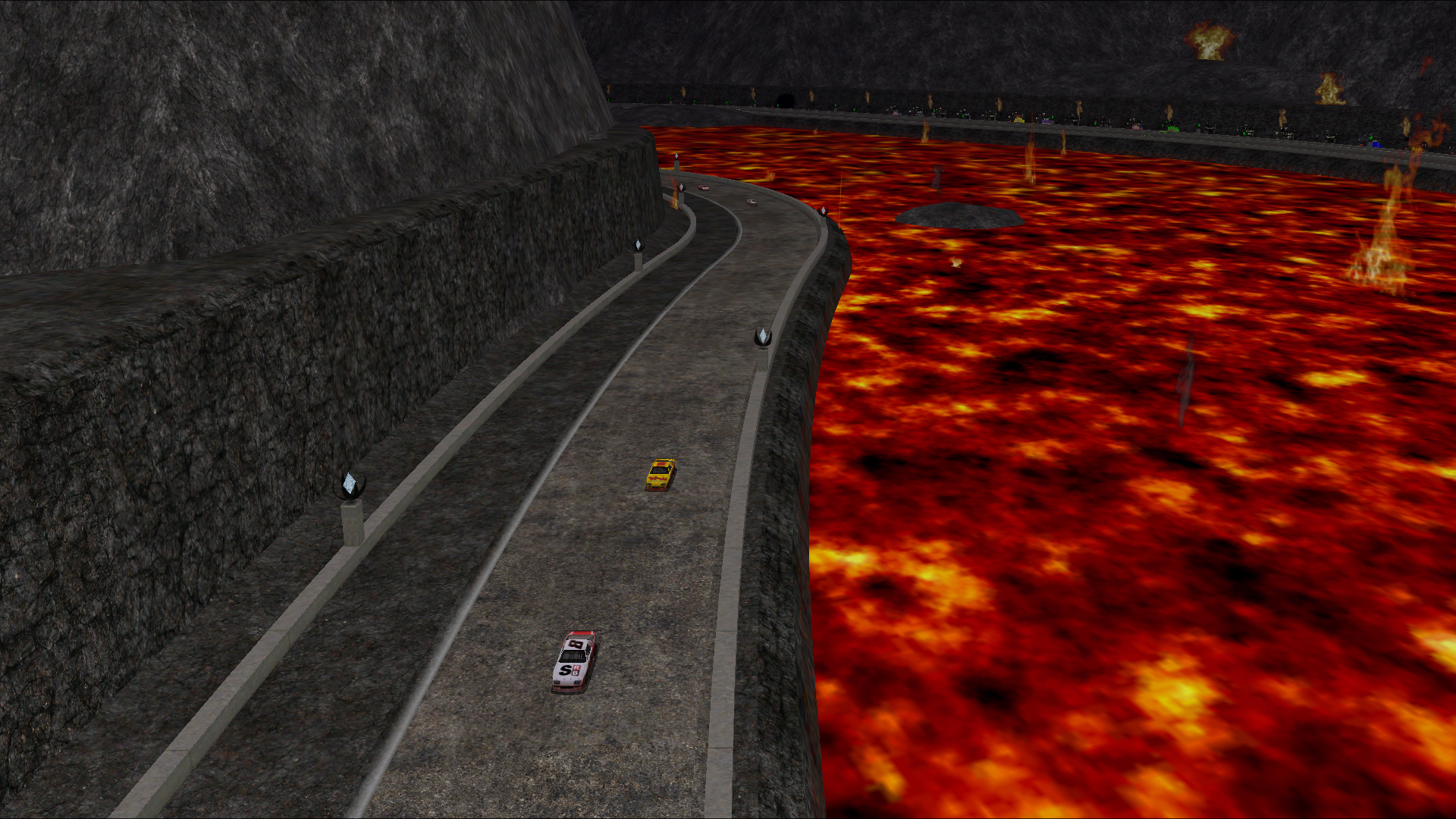 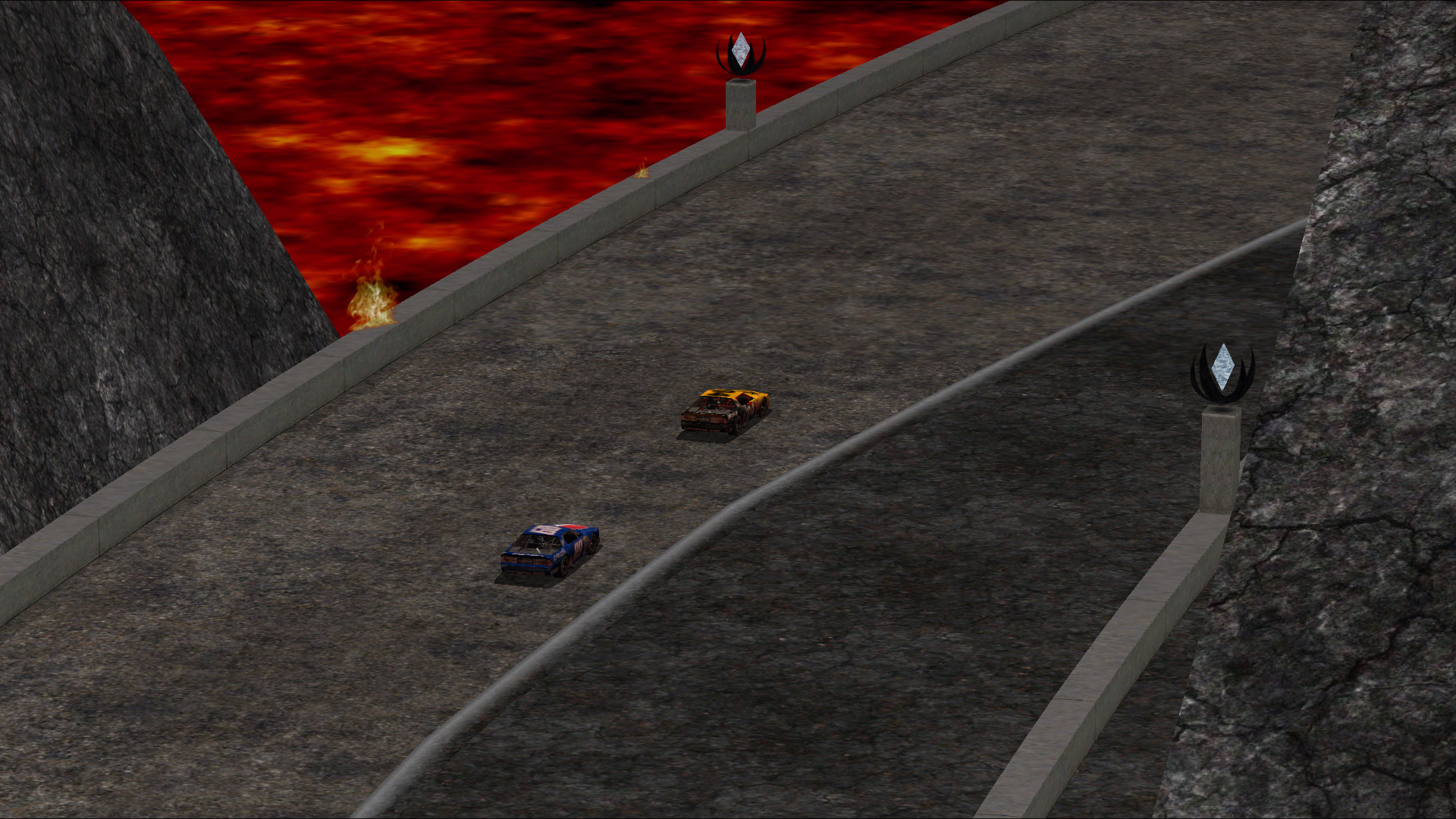 Great road course to drive on, for sure. Goes perfectly with the DOOM (2016) soundtrack.