You are using an out of date browser. It may not display this or other websites correctly.
You should upgrade or use an alternative browser.

Since I made my first skin (which probably needs updating) I have become more competent and confident enough to make more complex skins in Photoshop. I have taken the liberty of making a 2006 skinpack for the NNC07 mod, since there wasn't one already. I began by converting some existing skins from the 2006 skinpack for the original cup cars (credit to Masgrafx), but eventually I started making them from scratch. Here are my skins so far.

Two cars, Scott Riggs and Stephen Leicht came with NNC07 and will not be shown. I might reuse other drivers further down the road, or should I say track?

I am up to the #19 Works Dodge, driven by Jeremy Mayfield, but he's a druggie, should I replace him with Bill Elliot or not?

After much care and deliberation, I have painted Jeremy Methield's car.

Mayfield's NOT a druggie. That was a big ordeal and NASCAR refusing to admit they f'd up. There was so much shady crap going on that really skewed the whole thing. Bottom line is He wasn't on Meth. The amount the doctor claimed was in his system was several times the known lethal dosage. Had he really had that much in his system he wouldn't have been breathing let alone at the race track getting ready to attempt to qualify.
Reactions: Steven Merzlak and Slipster17

I have made Tony Stewart's Home Dept car!

And tested the cars at Charlotte, where the cars I created were 10 seconds slower than me (I was driving the #23 VISA car that came with NNC07) and Scott Riggs and Stephen Leicht. Do I need to inspect the driver ratings?

Can anyone help me find images of this paint scheme? I need to find the rear bumper.

This is in the 8 year period when the Wood Bros. ran a limited schedule. You may end up having to watch full races from 2008/9 to hunt the rear end of this car down.

My suspicion is that the Motorcraft logo will be on the rear of the car in a Ford blue colour but that's just a guess.

Umatbro said:
Can anyone help me find images of this paint scheme? I need to find the rear bumper.

Here's what the back of the 21 looked like that year:

You have to be really careful with Little Debbie cars. The owners are Seventh-Day Adventists, and for religious reasons their cars weren't allowed to carry their logos until the race on Sunday. That's why the scheme you posted is all weird and cut off in front of the rear wheel - they'd cover it up with blank wrap, practice and qualify like that, and then run the race with the logos as normal on Sunday.
Reactions: mtblillie and Rollo75

I love it when the real world is even weirder than I can imagine.
Reactions: Steven Merzlak

Steven Merzlak said:
The owners are Seventh-Day Adventists, and for religious reasons their cars weren't allowed to carry their logos until the race on Sunday.
Click to expand...

IIRC SDA do not do business on Saturdays. So any track time does not allow for their logos to be seen.
Reactions: Steven Merzlak

Can anyone help me find the engine on the side of Dave Blaney's car?

Can anyone help me find the engine on the side of Dave Blaney's car?
Click to expand...

It's really difficult to tell exactly which engine that is, but I think it may be a Caterpillar C15 Acert engine. This image looks pretty close. 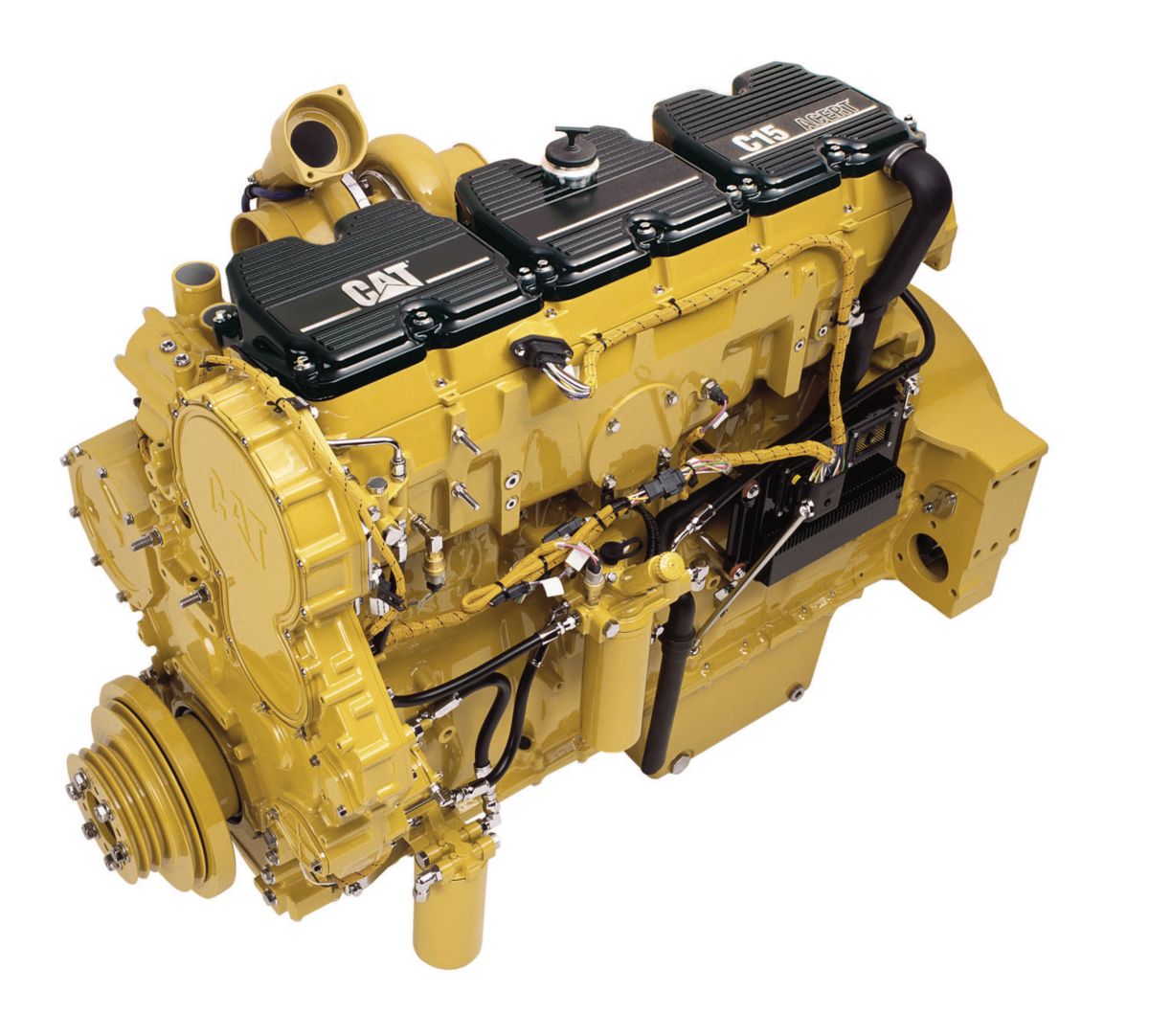 CAkin24 said:
It's really difficult to tell exactly which engine that is, but I think it may be a Caterpillar C15 Acert engine. This image looks pretty close.

Is there a transparent version? Or how do I get rid of the background in Photoshop?