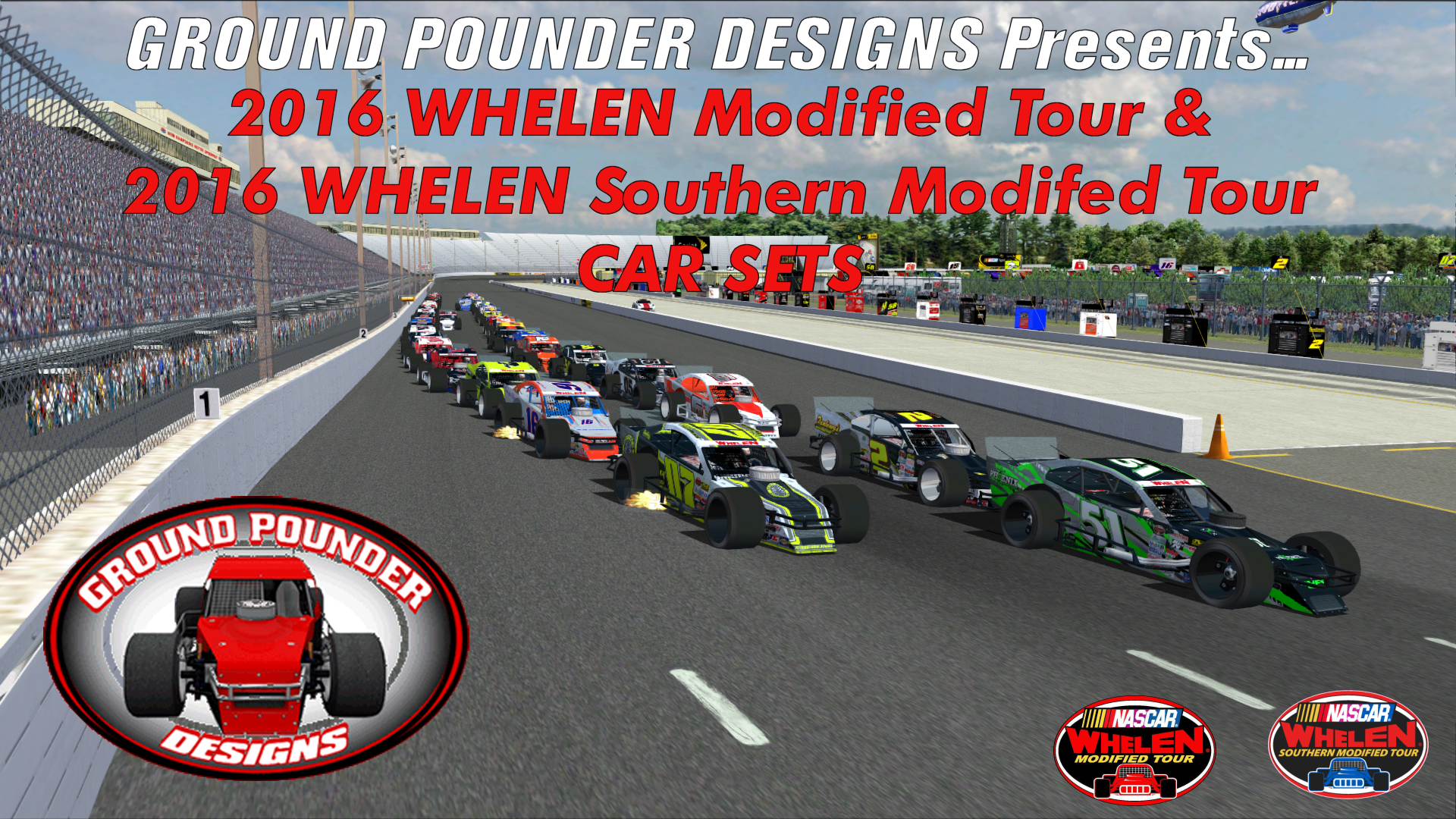 We at Ground Pounder Designs.com are proud to release our 2016 NASCAR WMT and WSMT car sets for the NR2003 Whelen mod!

Each car set features every single driver and paint scheme that competed in the respective 2016 campaigns. We have also re-rated all of the cars to their updated end-of-season ratings, so we highly suggest you download the car sets and allow them to overwrite any of the existing car files you may already have downloaded during the season. Also included in these car sets are roster files for each series and a "combined" roster file so you can race against the best of the best in both the 2016 WMT and WSMT series.

Download the set by clicking the following: 2016 NASCAR WMT Car Set by GPD

Download the set by clicking the following: 2016 NASCAR WSMT Car Set by GPD

In the coming months over the Winter off-season, we plan on doing select VMRS and SK Modifieds, so be on the lookout for those!

And finally, be watching for more great short tracks from our partners at PROJECT: Short Track!

Best Wishes to ALL for this Holiday Season from your friends at GPD!

Excellent work as always guys! I look forward to trying this set out, I am sure I won't be disappointed. Thanks for sharing!
Reactions: Highbank and J.R. Franklin

Nice sets guys, will add them to my modified folder, thanks for all your hard work.
Reactions: J.R. Franklin

If you want to start picking up some of the 2017 WMT cars, they are posted on our Facebook page.

Give the the page a "Like" and set the Following setting at "See First". Keep checking back as we will posting new cars and other stuff every few weeks.
Last edited: Jun 7, 2017