Download
Overview Updates (1) Reviews (5) History
NOTE: I found out while uploading this that there's a new IROC mod out on the same day, I had no idea that was happening and I definitely would have waited and made it for that if I'd known - I've been working on this one for a couple weeks. As soon as I saw the Supra template Bill1947 made for the Pinty's mod, I started brainstorming!

I made this mostly for personal use, but I figured I'd post it here since some might enjoy it: a fully rated 2020 IROC carset with pit crews. I've always liked big IROC carsets, I made a 2010 set with 50 cars, but I wound up with 41 plus one player car this time. If you prefer the traditional IROC format, I recommend using Crupe29's Fictional IROC True Value Series 2020, also available on this site - it's well done!

With Bill1947's permission, I'm releasing the template I used to make the cars. NOTE: I use Paint Shop Pro 2018, I don't know how well the PSPimage template will work on earlier versions, and I don't know how well the PSD will work in Photoshop. I recommend downloading the Airstrike font from dafont.com, I used that for the numbers and names.
If you're painting anything but IROC cars, I recommend using Bill1947's original template, which I found at The Mod Squad

In addition, I looked at real world 2020 schedules and came up with an eleven race schedule that I believe all drivers could make it to, only using tracks available for NR2003: 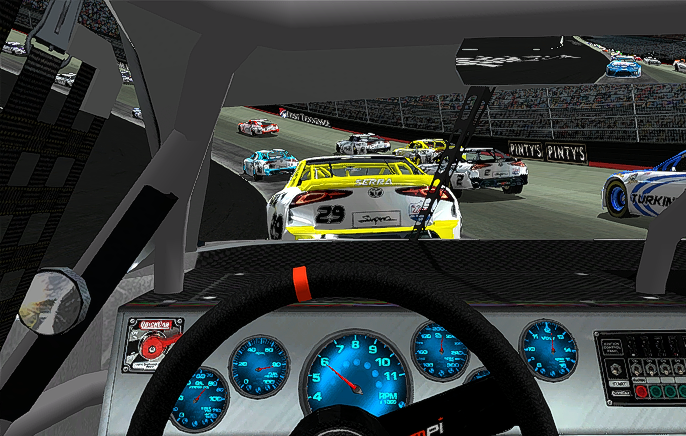 I love most fictional IROC carsets, and this is certainly one of them. Great job!
Awesome job
This is an awesome IROC set!!!
This is the best IROC carset i've seen in my life!
Great job thank You!
Read more…
Top Bottom