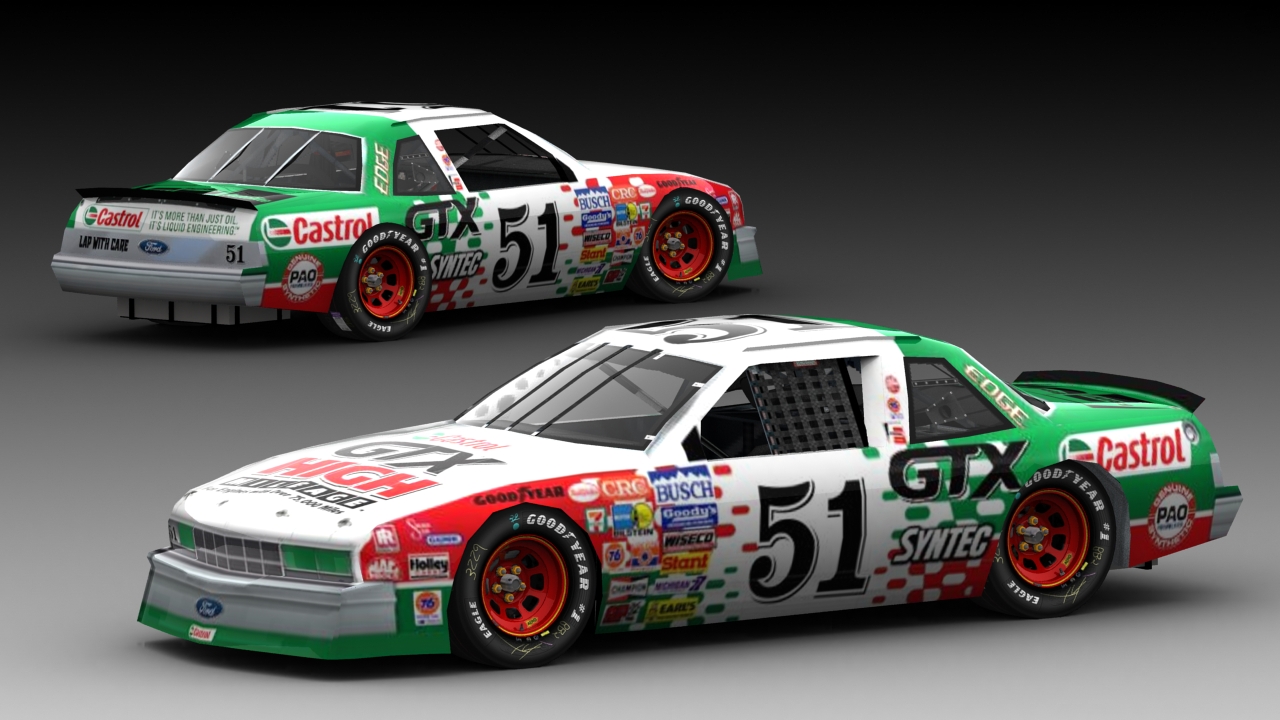 This is my 2019 Delta Sim Racing Delta Sim Cup entry...it is a car I originally painted back in 2006 for Zoom Racing World's Offline Series called the "Busch 85" It became my go to scheme a few years back for virtually every series I ran in either offline or online...the "Castrol Bubble Scheme". Originally this scheme had the 321 on it as campaigned by Bill Pearson, a fictional driver on my Busch 85 team.

(NOTE: The car as painted has chrome rims, Tom punched it up in the render with the red rims and I approve greatly)